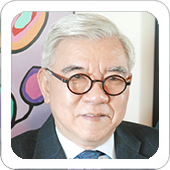 Mr. Patrick P.L. Chan, Chairman & CEO was appointed CEO  in June 2012, prior to which he was Vice Chairman of the Company since its inception. Mr. Chan obtained his Bachelor of Commerce degree (majoring in Accounting and Finance) from McGill University in Montreal, Canada. He began his training as a professional accountant at KPMG in 1977 in Vancouver, Canada. He earned his designation as a Chartered Accountant in 1980. In that same year, Mr. Chan joined Pricewaterhouse Coopers (PwC) in their Business Advisory Group, where he focused on business consulting, advisory, valuation, litigation support and management of insolvent organisations. He was with Prudential Bache Securities Inc. from 1983 to 1985 as an Accounts Executive. Mr. Chan rejoined PWC’s corporate finance department in 1985, going on to become Partner-in-Charge. Mr. Chan returned to Hong Kong in 1993, to become Chief Operating Officer of Pacific Solid Foods Ltd.; the operating arm of J.G. Summit Co., a multi-national company listed on the Philippines exchange. Mr. Chan has also been a board member of numerous companies listed on North American and Asian exchanges as well as the German Borses.

Mr. Kevin Yu, COO & Director, As a graduate of Peking University’s MBA program, Mr. Yu has more than 20 years of management experience on a senior level in the Peoples’ Republic of China, with particular expertise in direct sale, e-commerce and company operations. He is the founder of Jusmart Consultant Ltd, that specializes in providing strategic solutions for e-commerce platforms. Prior to his role at Jusmart, Mr. Yu was a senior executive of a NYSE listed company USANA in China. While functioning in a leadership role in 2016, USANA achieved a sales revenue of RMB 3 billion in China and over USD 1 billion globally. Mr. Yu is assuming the role of executive director and Chief Operating Officer of QMD. 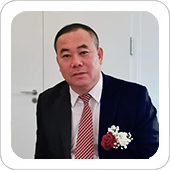 Quan Hu, Director, Before joining the company, Mr. Hu was an entrepeneur in the E-Commerce industry. He successfully sold the QMD marketplace to the Company in 2019.  He also founded Suizhong Hongtianyuan Real Estate Company Limited in 2012 and act as Vice President of the company. Hu has extensive experience in Chinese real estate, app-based project development, the Chinese consumer market and production manufacturing field.

Mr. Hu will continue to play an important role and is responsible for identifying new acquisition opportunities at the board level for the Company. 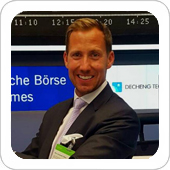 Mr. Alexander Tietze, Director, Based in Munich, Germany, Alexander Tietze has over 24 years of experience in the international capital markets with a focus in Europe and Asia, including over 13 years of experience in China. Mr. Tietze is the former co-head of trading and a managing director of capital markets at several international listed investment banks. Mr. Tietze has extensive experience in trading, sales, corporate finance, and M&A. As a non-executive director at Euro Asia, Mr. Tietze is expected to provide strategic advice to the board. 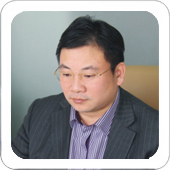 Mr. Jin Xin, Director, has been with QMD International as it’s director since 2012 and is responsible for project development and coordination of the Company’s mainland real estate portfolio. Mr. Jin studied at Fudan University where he received a Masters Degree in Computer Sciences.

With a career spanning over 20 years, Mr. Jin was a senior engineer and operations directors of China Unicom Communication Corp. from 2004 to 2008, after which he founded Qingdao Zhongying E-Commerce Company Limited and was the CEO of the company from 2008 to 2014. We believe that Mr.  Jin’s extensive experience will ensure QMD International’s continued growth in the future.